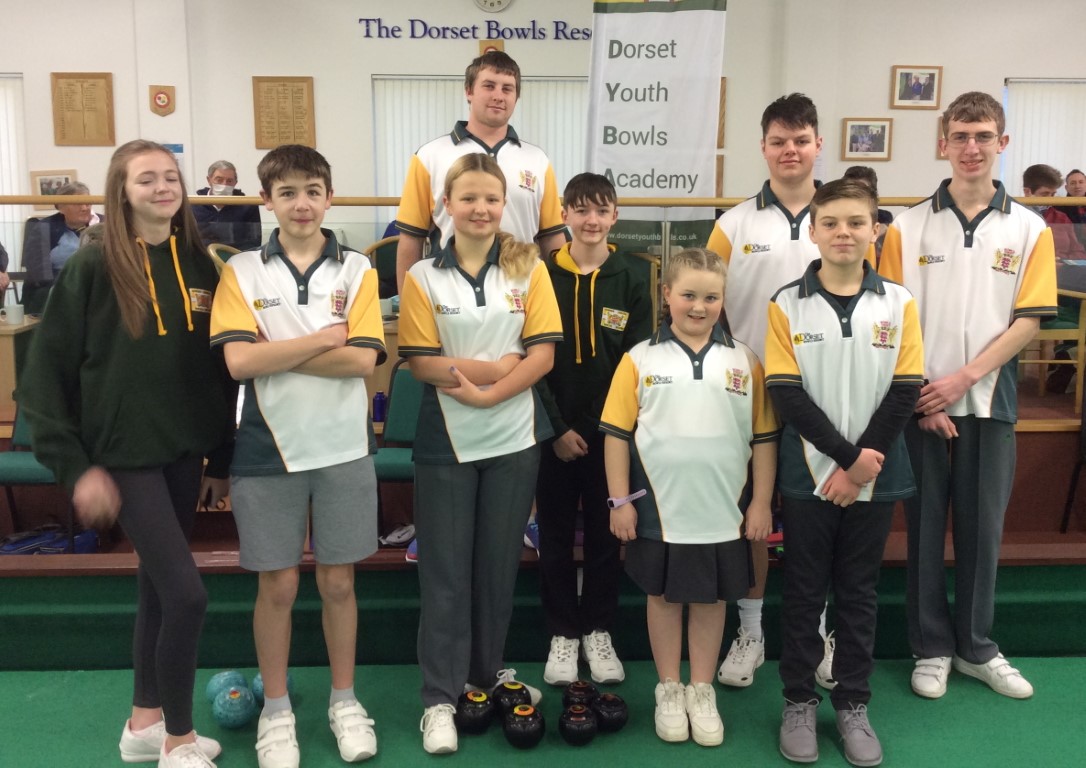 The last match of the year pitted the Academy youngsters against The Dorset Resort at Bere Regis on 19th December. As always the Academy was well supported by family and friends which created a great atmosphere enjoyed by both sets of bowlers. The Resort bowlers acted a bit like Scrooge making the youngsters work hard for every shot but they rose to the challenge winning on one rink and narrowly missing out by 4 shots on another. The Academy winning rink was Marc, Brandon and Will. As this was Brandons first match for the Academy it makes this an even bigger achievement and he was awarded his “Academy Cap” to mark his debut after the match. The match was played over 2 hours and the youngsters were continually improving as they mastered the speed and quirks of rinks unfamiliar to them, if the match had been 18 ends the result could well have been reversed but we will never know.

A big thanks to everyone involved at The Dorset Resort for making it such an enjoyable afternoon in these testing times.